What’s the best advice I can give you?

Just Shut Up And Listen! 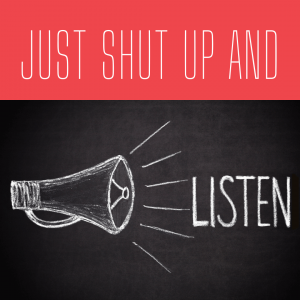 Everybody is using COVID-19 as their excuse or their reasoning for the advice they give, but my advice is the same advice I’ve been giving for years.

Listening, I mean really listening, is a superpower that many people don’t have. I would go so far as to say it’s one of the most important leadership skills that a person could and should have, especially in business. It is also a very important sales skill, counselling skill, and relationship skill.

Throughout this article I’m going to give examples of listening skills by using similar examples that I give to my clients. Regardless of if it’s leadership coaching, executive mentoring, when I’m consulting to membership organisations, or when I’m giving sales training.

I shall outline them separately, yet the purpose of listening remains the same; good listeners become trusted advisors.

How often do you assume what your partner is saying and then jump right in with the answer? Even if you answer only sometimes, jumping in is still too often! Respect and trust are the foundations of every single relationship you have, yes ALL OF THEM! So, what are the foundations of respect and trust? One of them is listening, truly listening, not just waiting for your turn to speak.

Listening to the words, the tone, the subtle inflections all help in getting to the crux of any situation. For instance, if your partner asks, ‘would you like to order in tonight’, they may be trying to say, ‘I don’t want to cook’ or ‘I really feel like going out’. By truly listening you can respond appropriately to the real meaning by saying, ‘great, what did you want?’, or ‘great, where do you want to eat out?’. You could also be more direct in saying, ‘do you really want to go out, or just want me to cook tonight, I am up for either’ or ‘what sort of food do you want and I’ll either order it or cook it for you.’

By responding to what they are really asking builds that respect and trust and to find out what they really want you need to JUST SHUT UP AND LISTEN!

Whilst you might need to be the first person to speak, maybe to set the tone of the meeting or to let people know what the meeting is for, you should not be the majority voice heard. The best leaders introduce the topics and ask the questions, then get the perspective of their entire team BEFORE sharing theirs. This way, before we speak, we know what our team genuinely think, and we minimise the potential of creating a ‘yes’ mentality within the team.

Like all leaders, every single one of my ideas is brilliant, nothing could ever possibly go wrong with them (this was hard to type whilst laughing and scoffing so hard!). In truth, as a leader my biggest fear has always been that my team don’t feel secure enough to share their true thoughts and feelings. I worry they don’t understand that my ego is not attached to my position, and that I thrive on respectful challenge and investigation of ideas.

Not being challenged is the biggest risk your organisation has. This includes a healthy amount of your decisions being challenged by your employees’ ideas. Innovation comes from someone, somewhere being positively disruptive to the status quo. As a leader, you need to ensure your team feel safe in sharing their ideas, so JUST SHUT UP AND LISTEN! 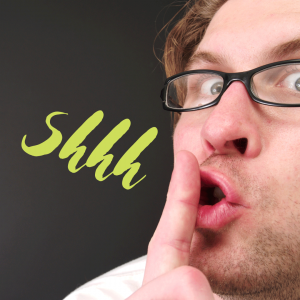 In speaking with the CEO and Board, I encouraged them to do three things:

In doing this, many lessons were learned; the organisation discovered that their initial marketing was truly effective, but their follow up wasn’t. That is, they did not deliver on their promises; they portrayed one image and provided something else. One answer stood out distinctly, one leaving member stated: ‘I thought I was buying a Mercedes, and you gave me a Lada’.

For those who don’t know, Lada is a Russian car brand not overly known for its reliability, quality, or anything else for that matter.

The exercise resulted in the organisation making the appropriate changes, so they were delivering on their promises, they did create membership value, and they also discovered innovation in the process.

Why? Well, they finally SHUT UP AND LISTENED! 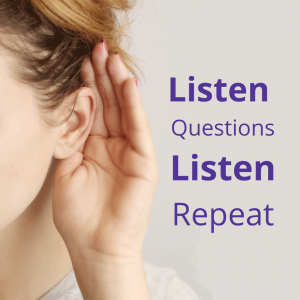 Unlike most of my competitors, I don’t teach ‘scripted selling’ and especially not ‘hard close statement’ scripts. This methodology is fine to get a sale today, but it won’t bring them back tomorrow. In fact, there is much evidence indicating the buyers under these circumstances will speak poorly of your organisation, regardless of what they feel about the product or service. For example, if you sold a car using this sort of technique, and the client just loved the car; they are extremely likely to recommend the car to their friends and state they use a different dealer to buy it.

Selling is a simple thing; it is just solving a problem. There are many adages, such as ‘you don’t buy a razor, you buy a smooth chin’ or ‘you don’t buy plumbing, you buy sanitation’. To create a lasting relationship with someone, you need to ask them what their problem is and help them solve it. The main fault of most people trying to sell is they decide what they are going to sell you and don’t even listen to what you are trying to achieve.

The ‘get the sale at any cost’ methodology, comes at a great cost. It is a well-known fact in business that finding a new client is vastly more expensive than selling to a previous client. The method above creates the requirement to always be looking for new clients. If you can understand the problem that the customer wants solved, and I mean truly understand it; you can solve it. As a consultant this is vital because many of my clients are not fully aware of what their actual problem is. They come describing the symptoms and describe what they believe is the cause.

Whereas listen, then ask questions (solely based on what they have said), then listen again and repeat, has afforded me the insight to assist many a client by determining the actual issue and solving that. So, JUST SHUT UP AND LISTEN!

If you want to get better at leadership and listening…