Sexual Assault and Harassment at Work

The risks involved and the 10 steps to respond to a complaint.

There a has been much in the press lately regarding this topic with the Brittany Higgins allegation and the appalling approach to the response, and of course the new allegations against Christian Porter.
This blog is not going to assess these allegations, rather, the goal is to ensure small business owners understand their risks and how to minimize them.

Let’s start with the acknowledgement that the cost of sexual assault and harassment is highest for the victim/s. The mental health and wellbeing of a victim can take years to improve, and from my personal dealings with victims, I can attest that, sometimes they just never improve.

I should preface this blog with the fact that I am a proud White Ribbon Ambassador and a Mental Health Advocate, furthermore; I am a Chartered Fellow of the Institute of Leaders and Managers. I mention the latter, because the Federal Government issues have illustrated strongly that this is a leadership issue as much as it is anything else.

We will discuss the risks and mitigation strategies in this article, but spoiler alert – strong leadership; that is, be what you want to see in your staff will go a long way further than any written policy or procedure.

“Sexual harassment is really not about sex. It’s about power and aggression and manipulation. It’s an abuse of power problem,” James Campbell Quick, PhD, a professor of leadership and management at the University of Texas at Arlington.

It isn’t easy being consistent in this area, yet it is actually the simplest process there is. Standing strong against a group who believe “it’s just a bit of banter” and that “you just need to lighten up” can become tiring.

I know from personal experience; I was once called into an organization because a report indicated that their female turnover was over three times that of their male counterparts, so they wanted me to investigate.
I met with the GM and Senior Manager of the most affected area to discuss and within 10 minutes a clue became visible to me: One of these men stated that they “just don’t understand why these bitches keep leaving”. Only a breadcrumb to indicate the cause, but it was there! I wandered around with these executives and they openly discussed the physiques of their female employees within earshot of the employees, and with the male employees in the area. One of the female employees was a 17-year-old girl.

When we got back to their office, I noted some photos on the desk and asked who they were of, a proud “my daughters” was the answer. So, I quickly asked the other executive if he thought “they’d go alright or not”. You can imagine the response.

I noted to these men that all I was doing was joining in on their ‘banter’ from earlier. I also stated that the fact that the women out there were someone’s daughter, wife, mother, sister, etc. meant nothing. What mattered was they were people, they have feelings, hopes, dreams, lives and like every single one of us, reasonable fragile mental health.

I tell the above story, because I want every reader to remember the fact that we are dealing with people here, and the one thing I know about every adult on the planet is very simple – we are just giant toddlers with vastly more complex emotions (extended from hungry, tired, poopy, sore/unwell, bored, although some might say not too far extended!).

When we start talking of the risk to your organization/s and the steps you can take to mitigate those risks, it is quite important to keep the fact we are dealing with people and their wellbeing first and foremost in your head. If you want to remain selfish about it, then remember the biggest costs to business are:

As the employer you have two main areas of risk:

This is where the employer is held responsible for the behaviours and acts committed by their employees. The Sexual Discrimination Act states that an employer or principal, including a union, is liable for acts of sexual harassment committed by employees or agents in connections with their duties unless ‘all reasonable steps’ were taken to prevent the event from occurring. This is more than just having the correct policies and procedures in place (which we will discuss shortly), remember what we noted in acceptable behaviour (above)?

There are two main actions that employers must take to avoid liability for sexual harassment:

Individuals and employers can also be held liable under section 105 of the Sex Discrimination Act if they ‘caused, instructed, induced, aided or permitted’ an individual to commit an unlawful act. For example, if you (or your staff) are aware that an employee is being sexually harassed nothing is done, you may be held liable as an accessory to the harassment. There is no defense available for this type of liability.

There is no exemption for small business within the Sex Discrimination Act and the behaviour, unlike bullying, does not need to be repeated or continuous.

I am not a big believer in using templated versions for this sort of policy, the risks associated with getting it wrong are too great. However, there are certain elements that we always include in the policies we write:

The 10 steps to take to respond to sexually related complaints.

Remember, YOU ARE NOT TO BLAME, even if:

Unwelcome conduct of a sexual nature:

Example of business owner being held liable for behaviours of clients/patrons: 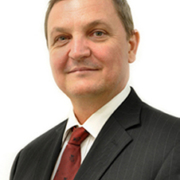 Eric has over 20 years senior management and executive business coaching experience. Having owned and sold a variety of successful businesses himself, he has also provided advice and assistance to organisations from sole operators through to large Government departments and multi-national organisations.

His extensive experience in the areas of strategic planning, financial management, industrial relations and human resources, learning and development, and operational efficiency coupled with his continued education and thirst for knowledge form the foundations to the practical advice he provides his clients.

Small Business Assistance and Advisory Service
COVID19 and Hygiene in Therapy Which of your leaders thrive post COVID, and why your staff need their leaders...
Scroll to top