Are we misinterpreting the issues surrounding Casual Employment?

The short answer is yes, substantially. Like all arguments or issues, there are many contexts, and like every argument or debate stakeholders frame their arguments in accordance to their own agendas, voice, and/or objectives.
I can see this especially in the current casual employment debates, with statements such as:

Whilst both these comments are true (I have even written an article outlining the first comment), they are not the point of the recent high court WorkPac rulings. The rulings in WorkPac v Skene and the original WorkPac v Rossato have nothing to do with rights to leave provisions, zero, zip, nada, not a sausage! Whilst access to these provisions is an effect of the decisions, the decisions are not addressing this.

If we take a closer look at the cases, they are addressing the actual essence and definition of Casual Employment, which is fair, because casualisation of the workforce has been an ongoing issue for some time. The misuse of casual employment is what was on trial in both these cases.

If you consider that small businesses have been paying extra per hour to their casual employees to cover leave provisions, could you not also argue that if employers were to put the 25% loading into an interest bearing account they’d be earning interest on the future liability of leave entitlements of their employees and, therefore, would be able to afford the leave provisions?

Although his is not why casualisation has become popular with employers, the fact that casuals are easily dispensed of is the true basis behind the growth. Part- and full-time employees require a process, notice and the payment of their annual leave provisions (potentially extra notice given age requirements, and maybe long-service leave where applicable).

The outcomes in the two WorkPac cases really are just reminding us the original purpose of casual employment where it was defined as employment that is:

Many casual employees are doing consistent shifts on rosters, are working longer hours than would be expected given the use of the word ‘casual’ and have been casual (in many instances) for years! So, could it truly be said someone who has been doing 10-15+ hours per week for a period greater than, say, 3 months, has been either inconsistent or irregular in their work?

The argument surrounding irregular has focussed on the ACTUAL times when the shifts are, that is, they may not be the same times each week and each week may not be the same number of hours. I have made comment on this before in that there may be a provision for a new Casual-Part-time definition, where the worker is willing to accept the casualness of irregular shifts as a pay-off to the security of part-time work.

WorkPac v Rossato confirmed that labelling an employee a ‘casual’ within their employment contract is not decisive in defining them as a casual employee. The factors of what they actually do, and other contractual elements play a key role in the decision.

The issue is not whether Businesses can afford to, or should be forced to pay their casuals leave entitlements at all, the issue at hand is simply have they mislabelled their employees?

In a world where we have the President of the USA making facts up as he goes along, we really should not be surprised by the revelation that the original pandemic within IR was the blatant mislabelling of something because it suited the purposes of the intent had.

But calling my Dobermann a parrot, just does not make it so!

We will be seeing huge spikes in several areas through the Fair Work Commission (we are already seeing spikes) post COVID19 shutdown and it will cost many businesses, may even break many. But, blaming this on recent rulings and stating that it is not fair misses the point of what fairness means; being a proximity to equal benefit or risk to both parties.

I have been coaching and mentoring businesses for over 20 years, and I am particularly passionate about small businesses, so I do believe that there should be some provisions created that allow small businesses to ‘catch up’ in providing these benefits and how that looks is something the likes of the Small Business Association of Australia will liaise with small business and advocate for (one of the main reasons we are proud sponsors of them!).

I would like to see though, no penalties given to small businesses who renegotiate employment agreements to part-time with the associated leave-loading reduction in hourly rates. This is not an issue that has been ongoing due to malintent, this is the result of an overall misunderstanding or acceptance of a misinterpretation of the definition of casual.

If these landmark cases were held in the 1980’s or 90’s things would be different now, they were not things are not, that is just the fact of the matter! If we are to correct the situation, then from this point forward the hourly rates adjust to afford the business owner the affordability of providing leave entitlements.

Furthermore, I would like to see the Commission and associated, relative Unions and other major stakeholders allow businesses to reduce the hourly rate by the leave-loading when renegotiating flexible part-time work agreements, otherwise there just may be a flurry of redundancies due to affordability, alternatively a massive spike in inflation as prices rise to compensate.

Going into something as the likes of the COVID19 response we were always going to have issues given the fact we do not have any modern precedents to draw from. What few predicted though, was the fact that this event would shine a very bright and serious light on the inherent failings within our system. Not just our industrial relations system either, COVID19 has illustrated, clearly numerous issues around how we define success and the flaws with reliance on a consumption economy (but that is for another time!).

Let’s finish on a reminder: check your employment agreements, it is well worth getting a complete HR audit done, but at the very least, check all your employment agreements; are they complaint, do they do what they are supposed to? Furthermore, if you have contractors, are they truly contractors, because this will be the second wave of Fair Work Commission and High Court newsworthiness stories to come.

PS: did we mention, check your employment agreements??? 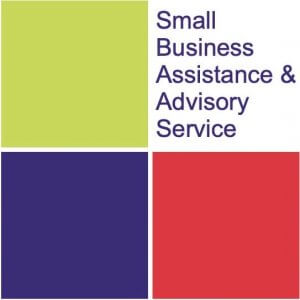 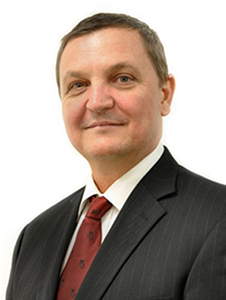 Eric has over 20 years senior management and executive business coaching experience. Having owned and sold a variety of successful businesses himself, he has also provided advice and assistance to organisations from sole operators through to large Government departments and multi-national organisations.

His extensive experience in the areas of strategic planning, financial management, industrial relations and human resources, learning and development, and operational efficiency coupled with his continued education and thirst for knowledge form the foundations to the practical advice he provides his clients.

You can read more about him in our About section

Do you have a COVID-Safe workplace? COVID19 and Hygiene in Therapy
Scroll to top